A couple of months back, I had the opportunity to coach a leader, employed by a Global Software Organization. This individual was promoted by the company to be the new Business Head for India. He had grown through the ranks, had hands-on experience, was smart & innovative, and was considered a star in his business line. While he was a subject matter expert and well respected in the organization, he had major challenges when it came to networking and collaborating across boundaries. The organization had enrolled him for Leadership development program.
During the course of our coaching engagement, I tried to get insights about him from his stakeholders. While everyone said he was the go-to person for any information on the business, people unanimously talked about the need to improve his networking & collaboration skills.
The organization had sponsored him to attend leadership development programs that would have helped him hone his collaboration skills, but the change was not visible and his 360 feedback suggested that he still had a long way to go
What happened, in this case, was nothing new. There would be innumerable examples of similar nature, where Leadership development and training programs fail to create the impact and learning ,that  are expected .
HR had probably done their job, by enrolling him in a Leadership development program. But there was very little time invested by the leader himself, in ensuring that he practiced the concepts that he had learned in these programs. Clearly ,he was a passenger and was not in the driver seat while riding the vehicle of his development journey.
Marshall Goldsmith has commented, “Many of our leadership programs are based on the faulty assumption that if we show people what to do, they can automatically do it.”
What is missing is the motivation to change, a self-limiting belief that is holding them back or a false pride, that ends up sabotaging the development efforts.
My client was excited about his expanded role and  firmly believed that he had all the skills required for him to be successful. He knew the business well, he was a subject matter expert, he had been in the organization for very long and therefore understood the culture, the dynamics and he did not see any reason to fail in his new role. He attended the leadership development programs because he thought it was a sign of honor and recognition. He met me a couple of times because his HR and his boss wanted him to be coached. His excitement and success so far had clearly blinded him and he did not realize that he was setting himself for failure. He was getting caught up in the day-to-day demands of his job and was losing sight of the bigger picture and stakeholder expectations of his new and bigger role. He did not think it was necessary to adjust his leadership style ,to meet the demands of the bigger role.
I did not pursue the coaching engagement with him since he was clearly non-coachable.However, I learned a few lessons from this assignment,

at November 25, 2019
Email ThisBlogThis!Share to TwitterShare to FacebookShare to Pinterest
Labels: leadership, self development, wisdom

Credits to Elena Koycheva -Unsplash "We are made of flesh that bru... 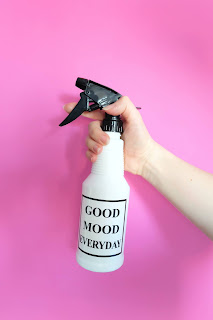 shubha
I am a certified Executive Coach and Consultant and help individuals in their professional and personal development. Besides Coaching, I am passionate about Reading, Writing, Cooking, Jewellery designing, Indian Textiles, Gardening. This blog is focused on my experiences and experiments in my career and hobbies.