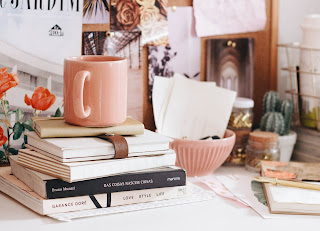 "Procrastination is the thief of time, collar him "- Charles Dickens

I am a victim of procrastination and I do it often. In fact, there are small things which I put off attending, only to realize I should have completed them on time. It took a strong will power to collar my habit of procrastination.

During my school and college days, I would put off studying subjects that were boring. A week before the exams I would open my books just to realize that I should have studied them earlier. I would then get stressed up, as fear of failure would loom large for me.

This would sound funny to you. But writing this post on procrastination was on my list for a long time now. Each time I would look at it and put it off. Today, I was reading the negative impacts of procrastination and decided I had to start with my post.

In plain and simple language it is an act of delaying or postponing a task, or maybe a set of task. All of us do this in time and some of us are active procrastinators.


Why do we procrastinate?

Behavioral psychology review suggest something called “Time Inconsistency”
There is a tendency to search and act for immediate benefits of our action and postpone those that would give results at a future date.

While we were in our 20’s and 30's, our parents advised us to save money for the future. While the reason for this is clear, none would have attempted to put away some extra cash for the rainy day. We procrastinate and take action only when we know that the period to save cash for later life is reducing gradually.

Your immediate need has been a smartphone, a jazzy car which you would have fancied for a long time. The positive impact of buying all these goodies is now, whereas the positive impact of saving will only happen, close to retirement. So you never think too much and procrastinate about buying these items.

One of the basic reasons for procrastination is also the fear of the unknown.I would not be tempted to take up a task if there is no surety of the results or if it is found difficult. I would keep postponing it until such time, no alternative exists.

This morning I was trying to motivate myself to work on a project that was on my to-do list for a long time now. It is a difficult marketing project and has never worked on anything similar before. But it needs to be done as it has larger benefits for my business. With great hesitation, I made the first move. Two hours in the work, I realized it was not as difficult as I had feared it to be. I could still do it. May not be perfect, but I made a beginning. That is important.

Procrastination can become bad if you think too long about certain crucial decisions. A decade earlier, I had a job offer with a company that was in a different domain.I took time to decide, but it was too late by the time I made up my mind and had missed the bus. The window of opportunity was lost.

How to get over procrastination

“You cannot escape the responsibility of tomorrow by evading it today." - Abraham Lincoln

I set the following rules for myself to get over procrastination and it has worked for me,
I have attempted to work on my Procrastination habit. How about you?

“Life always begins with one step outside of your comfort zone.”― Shannon L. Alder