Leadership Wisdom From My Dad 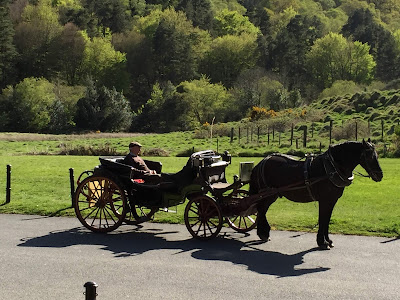 My father has left a great impact on my life. On reflecting, I learned my basic leadership lessons from him. These lessons even to this day have been the core reason behind my success in career and life. My father was a great disciplinarian, both in his professional and personal life. Some of the lessons I learned from him, included

I grew up in a very secure environment. Being an only child, some would think I would be given everything I asked for and parents fulfilled every wish. But that was never the case. My father was particular about ensuring that I understood the value of money and spent it wisely. He would ask me several questions if I asked for something. His intention was to make sure I think before I buy. The only time he would ask no questions would be when I asked for books.He himself was an avid reader.

He was a doctor and when in Government service he did selfless service to his patients. While his peer doctors in the service would charge extra money for patients home visits or for medicines given from their personal stock, my father gave away these medicines free to the poor. He never charged his patients for his home visits. Giving away to others always made him happy.
Honesty is something which they teach you and you learn, observing your parents. This virtue is something which I picked up from observing my father. To him, his duty as a doctor came first and money came second.

There is no substitute for hard work.

Growing up in a middle-class family of 5 siblings, my father had gone through tough childhood days. He was the youngest of all. His father could fund only his school education. Through sheer hard work and disciple, he self-funded and completed his medical education. He continued his hard work even when in service. His teaching was, there is no substitute for hard work. If one has to achieve something in life, work hard. His example taught me the value of hard work.

A couple of days back one of his patients called me and talked about how they missed my father. My father had the skills to check the pulse of the patient and diagnose the illness. He did not ask for any other test. And in all cases, his diagnosis would be correct. He was a great listener. He would listen to his patients, understand what they said and without making too much of fuss would prescribe them the correct medicine. In today’s day and age, doctors cannot diagnose illness until they make the patients go through a series of different medical test.

Personal power is more important than any leadership title

As I think of my childhood days, I cannot think of even a single instance where my father would have used his positional power to get something done. He was an introvert and never engaged in any kind of unnecessary debate. But the few words he spoke, had tremendous influencing power.

Appreciate each individual for who they are.

To my father everyone was equal. Whether it was the driver that drove him to visit his patients or the lady who helped us clean the house, he treated everyone with respect. Humility was his biggest strength. People respect and remember him for it even today.

"The greatest gift I ever had, Came from God; I call him Dad! "Author unknown