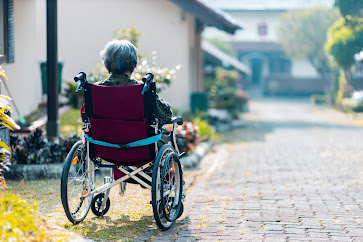 Photo by Steven HWG on Unsplash

Dementia is the most dreaded disease and one that everyone hopes to give it a slip. Statistics on dementia both globally and in India look horrifying. With numbers expected to rise, it becomes imperative to understand the disease and its myths and learn through experience.

According to World Health Organisation, worldwide, around a 50million people have dementia, and there are nearly 10 million new cases every year. It is predicted that in 2050 there would be 152 million cases, which is a whopping 204% increase.

It was estimated that 5.3 million people above the age of 60 had dementia in India in 2020. This equals to one in twenty-seven people, according to the Dementia in India 2020 report.

India has the second-highest number of individuals who have dementia. This figure is expected to double by 2035, according to the “Dementia India” report published by the Alzheimer’s Society of India.

Dementia is a syndrome of a chronic nature in which an individual’s cognitive function deteriorates. With age, our cognitive abilities decline gradually. But in dementia patients, this decline becomes magnified. Navigating familiar environments and performing everyday tasks becomes challenging. It

is chronic and progressive in nature. Alzheimer’s [written as such because it is named after the man who discovered it, Alois Alzheimer] is one type of dementia.

Dementia from a Caretaker’s point of view.

In 2010 my father was diagnosed with Vascular Dementia. He was 89 years old at the time of diagnosis. He was a retired doctor and followed a very active and disciplined lifestyle. In 2009, during his routine evening walk, he had a fall resulting in a head injury. Since the injury did not look severe and showed no symptoms, he ignored it. But it had caused internal bleeding in the brain, which created a blood clot. His health started deteriorating a couple of months later. There were signs of memory loss.

We assumed that forgetting was a normal part of aging. But slowly it started increasing. He was showing signs of disorientation of time and place. It was difficult for my father to perform even his familiar task and his daily activities started getting impacted. Fiercely independent, he was struggling to maintain his lifestyle and live in the moment. His sense of self was slowly getting stripped away. It was painful to watch him struggle.

Sensing something serious, I took him to a neurologist. The doctor did his CT scan and X-rays. The reports showed a blood clot in the brain. He was diagnosed with dementia. It hit us hard. My father had to undergo brain surgery to remove the blood clot. While the surgery was successful, it did nothing to cure him of dementia. We watched the disease systematically disassemble him.

It was the first time my family and I had heard about dementia. We researched on the internet, and learned about the conditions and possible symptoms. In 2010 there was little information available about this chronic syndrome in India. Very few trained caretakers were available to manage dementia patients. There were no support groups available to share problems and learn from others.

My father’s condition was aggravating each day. My mother and I, with the support of my husband and son, were managing him. I had no clue how to relate to him as his daughter. I felt sad, frustrated, confused and heartbroken. All of us had learned to be patient and empathetic towards my father. Since my husband, my son and I had full-time jobs, my mother would look after my father during the day. I would take up caregiving after I returned from work. We were all finding it difficult and were juggling caregiving with our other responsibilities. I had hired a full-time person to look after him and help my mom while she was alone with my father during the day

The Three Stages of Dementia

Progression of dementia happens through three stages, from mild to moderate to severe. These stages, however, vary from person to person. In the early stages a person can function independently, though there could be some signs of memory lapses. In the case of my father, the first two stages went undetected. We attributed it to his age, partly because of our ignorance and partly because he was in his eighties. Little did we know that he was going through dementia.

Slowly he started losing his way in familiar places and was having difficulty communicating. I recollect going to a shopping mall with him. While we were busy shopping, he wandered off by himself. We had to take the support of the security team to find him. After about an hour of hectic searching, we found him sitting on a bench near the exit looking lost. We were lucky to have found him.

As the disease progresses, patients find it challenging to communicate. My father stopped communicating. But he would acknowledge with a nod or a smile when we spoke to him. As time went by, he had forgotten my name and our relationship. But he would give me a lovely smile when he saw me arriving back from the office. I would give him a warm hug. He did not recognise my mother as his wife and instead called her Aai (in Marathi, a mother is called Aai).

The End of a Meaningful Life

During stage one of the disease, people continue to lead an active life without any support, though there could be complaints of forgetfulness. I recently read the book “Somebody I Used to Know” by Wendy Mitchell. The book is a true story of the author herself. She was diagnosed with young onset dementia at the age of 58. She is a determined and resourceful individual and she vowed to outwit the disease for as long as she could.

There is no permanent cure for dementia so far, although researchers around the world are working to find a treatment for it. There are medications which help reduce the symptoms and improve quality of life of the patient, but the medications do not stop the progress of the disease. There is no way to overcome dementia. It carries a tragic hopelessness with it. My father died six months after his diagnosis. There was nothing we could do to fight it. It was with helplessness that we looked on as his condition went from bad to worst. In his case the decline was sudden and rapid.

Does Dementia happen only in old age?

Dementia is a disease that affects the relatively young as well as the elderly. According to WHO, dementia does not exclusively affect older people. Young Onset Dementia (defined as the onset of symptoms before the age of 65 years) accounts for up to 9% of cases.

My close friend Smita was diagnosed with dementia at the age of 54. Her first symptoms were when she started feeling extremely tired and stressed at work. Thinking and processing any kind of information was becoming difficult and she would have a tough time in the office explaining her inefficiencies. Once, while driving back from work, she could not remember the directions to her house. It took her almost two hours to locate her house. Her husband was alarmed and rushed her to their GP. After several tests, the neurologist diagnosed her with dementia. Things started getting bad and she had to quit her job as it was getting more stressful for her. The family was getting increasingly concerned as her daily chores were getting impacted. Even though she was in the early to moderate stages of dementia, she was experiencing unpredictable cognitive lapses.

Reducing the Risk of Dementia

Dementia at a younger age can be more challenging to manage. It impacts all relationships. In the USA, the FDA has recently approved Aduhelm to treat patients with Alzheimer’s disease. This is expected to reduce the level of amyloid plaques in the brain. Since it is a new drug, further evidence of its benefits are still being monitored by the FDA. But according to the National Council of Aging, Aduhelm is not a cure for dementia. It does not reverse the disease progression. It can only benefit patients with mild stage of dementia.

According to WHO, the risk can be reduced by eating a healthy diet, maintaining a healthy blood pressure, cholesterol and blood sugar level, staying mentally and physically active, sleeping well and preventing head injury. Also, avoid social isolation, keep yourself active and prevent depression.

List of Websites that can be referred to for more information and support on dementia.

This article was first published in www.induswomenwriting.com